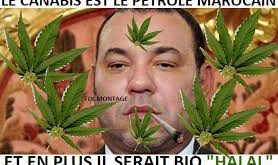 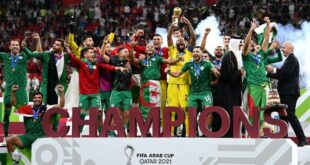 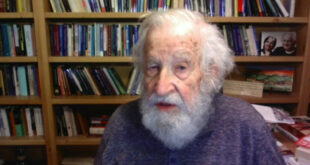 I have some spare time this morning so I thought I would solve the North Korean nuclear threat problem. The current frame on how all sides are approaching the problem is a win-lose setup. Either North Korea wins – and develops nukes that can reach the mainland USA – or the United States wins, and North Korea abandons its nuclear plans, loses face, loses leverage, and loses security. Our current framing of the situation doesn’t have a path to success.

So how do you fix that situation?

First we must acknowledge that a win-lose model has no chance of success in this specific case because North Korea responds to threats by working harder to build nukes. That’s no good. You need some form of a win-win setup to make any kind of deal. That’s what I’m about to suggest. And by winning, I mean both sides get what they need, even if it isn’t exactly what they said they want.

What the U.S. wants is a nuclear-free North Korea. That would be our win.

What North Korea wants is an ironclad national defense, prestige, prosperity, and maybe even reunification of the Koreas on their terms. So let me describe a way to get there.

The main principle to keep in mind is that you can almost always reach a deal when two parties want different things. If we frame the situation as North Korea wanting nuclear weapons, and the U.S. not wanting them to have those nukes, no deal can be reached. There is no way for North Korea to simultaneously have nukes while having no nukes.

So you need to reframe the situation. The following deal structure does that.

for 100 years, in return for North Korea suspending its ICBM and nuclear weapons programs and allowing inspectors to confirm they are sticking to the deal.

At the end of a hundred years, North Korea and South Korea agree to unify under one rule. No other details on how that happens will be in the agreement. North Korea will be free to tell its people that the Kim dynasty negotiated to be the rulers of the unified country in a hundred years. South Korea will be free to announce that unification is a goal with no details attached. We will all be dead in 100 years, so we can agree to anything today. (That’s the key to making this work – all players will be dead before the end of it.)

South Korea and North Korea reduce their non-nuclear military assets that point at each other.

Over the course of the 100-year deal, there could be a number of confidence-building steps in the agreement. For example, in ten years you might have a robust tourist arrangement. In twenty years, perhaps you can do business across borders. In fifty years, perhaps a unified currency (by then digital).

A hundred years is plenty of time for the Kim family to make their fortunes and move to Switzerland, or wherever, before unification is an issue. The deal might require some sort of International amnesty agreement for any North Korean leaders looking to get out of the country before unification.

Under this proposed deal structure all sides get what they want. North Korea’s leader can tell his people that their nuclear program was a big success because it resulted in the United States withdrawing forces, and it led to an eventual Korean unification on his terms. There is no opposition press in North Korea to dispute that framing. This looks like total victory to North Korea. That’s a win.

For the United States, a credible deal to get rid of North Korean nukes is a win. China and Russia would look like the adults in the room. They win too.

And this deal would probably result in Nobel Peace Prizes for the leaders of all countries involved.

Students of history will recall that Great Britain agreed to lease Hong Kong from China for 99 years to avoid any risk of China taking Hong Kong militarily. The long lease period allowed both countries to agree to a deal that could not have been reached for a shorter time period. And it gave everyone time to plan for the peaceful transfer. No two situations are alike, but you can see how a hundred-year deal makes it easy to agree to difficult things today. We’ll all be dead before any of it matters. And if you work toward a common goal for a hundred years, the odds are good that it can happen. One way or another.

This is the sort of deal that would have been impossible in prior years. But the Trump administration understands the structure of dealmaking. This solution is available for the taking.

Update: President Trump tweeted that trade between China and North Korea is up 40% in the first quarter. Look at how he frames it:

« Trade beween China and North Korea grew almost 40% in the first quarter. So much for China working with us – but we have to give a try! »

This is what I have been describing as Trump’s go-to strategy of creating two ways to win and no way to lose. In this case, China either clamped down on North Korea (we win), or we can say we tried to get them to help and they refused.

That’s a free pass to do whatever we need to do, no matter how much China dislikes it. Hey, we tried it the other way. Clearly it didn’t work.

And it sets the table for all sides to get more serious about solving this non-militarily. Would you want President Trump to have a free pass to kill you?

My suggested deal structure is the only non-military option, as far as I can tell. 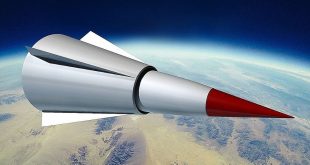